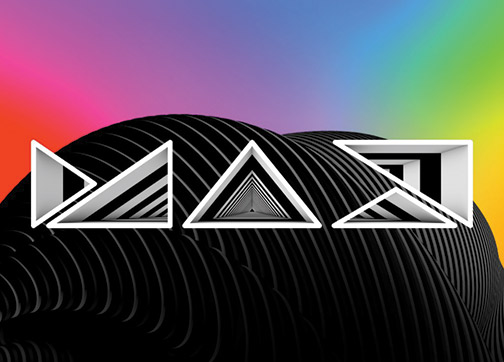 Moreover, Adobe Illustrator on iPad and the all-new Photoshop Camera were previewed. Adobe Aero, a new authoring tool for creating in augmented reality, was also unveiled.

“We’re excited to push the frontiers of creativity to make everyone more productive and express their creative vision,” said Scott Belsky, chief product officer and executive vice president, Creative Cloud, Adobe. “These announcements redefine the creative experience for everyone; not only seasoned professionals, but also the next generation of designers, photographers, filmmakers and illustrators.”

Specifically for tablets, Photoshop on iPad is a more accessible entry point to Photoshop for new users as well as a great companion app for professional creators.

Furthermore, powered by Adobe Sensei, the watercolor and oil live brushes mix and interact on the screen just as they would in real life. The product also allows artists to sync their favorite Photoshop brushes for a smooth roundtrip workflow between apps.

A leading illustration app, Adobe previewed Illustrator’s future with a reimagined touch-based app. Moreover, it brings the precision and versatility of the desktop experience to the tablet. With a more intuitive interface, the iPad update makes it possible for users to work with the same documents across devices and have seamless access to Adobe Stock, Adobe Fonts and all Creative Cloud Libraries.

Photoshop Camera is a brand-new mobile app that brings Photoshop capabilities directly to the point of capture. It gives consumers an easy way to create as well as share imaginative, high-quality images on social media. 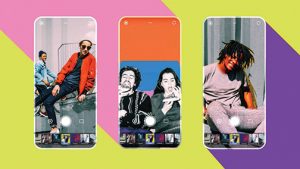 As an intelligent camera app, it also applies Photoshop Magic to any photo. However, unlike native phone camera and third-party camera apps, Photoshop Camera uses Adobe Sensei to automatically enhance photo quality. The app also will include a library of unique lenses and effects from leading artists and influencers, including musician Billie Eilish.

Lightroom launched interactive in-app tutorials on desktop, offering new ways to learn how to edit photos and get inspired by professional photographers. It also features panorama fill edges, which fills in the edges of an image using Content-Aware Fill technology. Moreover, it is accessed in-app and available on Windows and Mac.

Premiere Pro released auto reframe; this new feature uses Adobe Sensei technology to analyze footage and apply intelligent panning and cropping to keep the action in the frame. This feature will save creators hours of mundane tasks so they can spend time being more creative.

After Effects released performance updates with smooth, fluid playback of cached previews; faster Multichannel EXR files; and a faster Content-Aware Fill technology that also uses half as much memory.

InDesign launched support of SVG imports across digital and print design workflows, in addition to the option to use customizable variable fonts within the app. Designers can adjust typeface properties such as weight, width, slant and optical size. Adobe is also offering a new feature for Asset Link that enables direct linking between Adobe Experience Manager (AEM) assets and InDesign, to help accelerate print and digital content creation.

Released as a beta feature, live coediting lets multiple users work in a document at the same time. Consequently, it enables real-time collaboration for design teams and stakeholders. The addition of document history also allows anyone on a team to see a list of saved versions of documents; browse previously saved versions; and open any given version in a new window to see changes.

In addition, Adobe unveiled a redesigned Creative Cloud desktop app. It offers a more intuitive way to access, update, discover and learn Adobe apps. The update includes a native search engine, which searches across all Creative Cloud assets and files. It also offers access to tutorials. What’s more, it features new ways to access services such as Adobe Fonts, Adobe Stock and Behance, as well as a new full-screen management tool for Creative Cloud Libraries.

Creative Cloud Libraries is a tool to capture, organize and share the creative ingredients users want to have at a fingertip. Libraries are now fully integrated with XD, allowing users to leverage their creations in other applications, such as Illustrator, directly in XD.

Further, users can also access it in Microsoft Word and PowerPoint; this empowers non-creative colleagues to build on-brand documentation and presentations. Finally, Adobe developed Library packs, pre-populated libraries built to inspire or act as an entryway to Libraries for new users.

As augmented reality, 3D and voice are adopted by creatives and consumers alike, Adobe is building intuitive tools that make it possible to easily create for new mediums. At Adobe MAX 2019, the company released Adobe Aero, which enables users to create immersive content that blurs the line between digital and physical worlds.

Aero also helps users create augmented reality experiences by leveraging familiar tools like Photoshop and Dimension to produce creations that pop in an immersive, three-dimensional environment. In addition, the company is actively integrating the recently acquired Substance suite—the standard for 3D material and texture design—into the Adobe family. Adobe Aero is available as a free iOS app. Additional details to come next year.

Updates to Creative Cloud desktop software are now available to all Creative Cloud subscribers. They include those using membership plans for individuals, students, teams, educational institutions, government agencies as well as enterprises.

Adobe’s mobile apps are available for download from the Apple App Store and Google Play Store.

Adobe Photoshop on iPad is available to all Creative Cloud customers who are subscribed to Photoshop. They can also purchase it through the Apple App Store. Additional plan information is available here.

Adobe Illustrator on iPad will be available in 2020. Users can sign up for a beta here.

Adobe Fresco as a single app costs $9.99 per month, or with most Creative Cloud plans. A freemium version is also available with many of the same features as the full version. For additional plan information, click here.