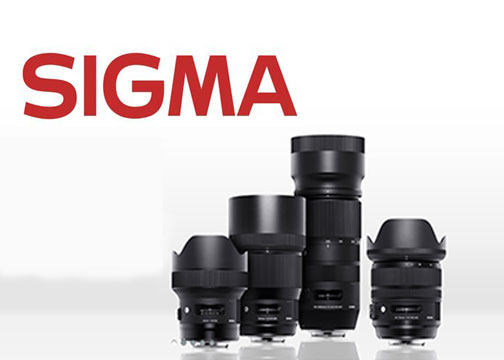 Touted as “the world’s first 1.8 wide-angle lens,” the 14mm f/1.8 Art incorporates the same aspherical element as Sigma’s 12–24mm f/4 Art lens. With its full-frame 35mm coverage, 14mm focal length for an ultrawide angle of view, Sigma says the new lens is engineered for outstanding image quality from center to edge as well as features the largest glass mold (80mm) in the industry. The lens is designed to offer photographers an ultrawide prime with virtually no distortion, flare or ghosting.

The large-diameter lens has a minimum focus distance of 10.6 inches at 14mm. The lens combines the extremely deep depth of field that comes from an ultrawide angle of view with the extremely shallow depth of field that comes from f/1.8 brightness. As a result, it can capture close-up shots with expansive backgrounds. Also featured is a lens barrel engraved with the year of release.

This lens for full-frame cameras enters the market as Sigma’s new premier midrange telephoto prime lens. Suitable for events such as concerts, indoor sports, conferences and press events, the 1.8 F-stop delivers greater shallow depth of field and isolation of subjects. The compression effect makes it equally suited for up-close and full-length portraits. In addition, the large diameter with f/1.8 brightness provides a dramatic bokeh effect.

For responsive AF, the acceleration sensor detects the position of the lens for compensation focus groups for factors including gravity. Equipped with a focus limiter, the lens can also be optimized for a variety of distances and situations.

Other features include: fast AF with full-time manual override; a minimum focus distance of 34.4 inches; a 9-blade rounded diaphragm; as well as dust-and splashproof construction.

Developed for ultrahigh-resolution DSLRs with 50MP sensors or higher, the lens supports Canon, Nikon and Sigma mounts. It also works with Sigma’s MC-11 Sony E-mount converter. Furthermore, the Nikon mounts feature an electromagnetic diaphragm. The Sigma 135mm f/1.8 Art will ship in May with a suggested retail price of $1,399.

The lens’s purpose-built structure also has a new metal barrel for durability with TSC composite internal moving components designed to resist thermal contraction and expansion in all temperatures.

Other features include a new hypersonic motor with 1.3 times the torque of its predecessor for fast AF; full-time manual focus; and dust- and splashproof construction.

Equipped with the newly released Sigma OS and AF system, the lens is built to perform at lower shutter speeds. It also features Sigma’s macro function (1:3.8 ratio) for close-ups and distance shots.

In addition, for quick control of the angle of view, the zoom ring incorporates a push/pull mechanism plus the regular twist mechanism. The exclusive lens hood was also designed to accommodate push/pull zooming and overall lens maneuverability.

The 100–400mm f/5–6.3 DG HSM OS Contemporary lens supports Canon, Nikon and Sigma mounts. It additionally works with Sigma’s MC-11 Sony E-mount converter and features an electromagnetic diaphragm on Nikon mounts. The lens ships in April with an SRP of $799.

Sigma Global Vision lenses, including these four new options, can be updated with the latest lens software from a workstation or laptop. The updates can be accomplished using the Sigma Optimization Pro software and Sigma USB dock (sold separately). The new lenses are also available for mount conversion services. sigmaphoto.com