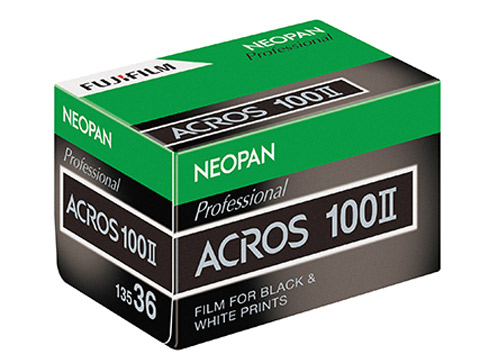 Valhalla, NY—Kenji Sukeno, president of Fujifilm Corporation, announced that a new generation of Neopan 100 Acros II black-and-white film was released in Japan on November 22, 2019. Moreover, after the initial launch of Acros II in Japan, Fujifilm anticipates introducing the black-and-white film in select overseas markets. They will include the U.S., by early 2020.

The reformulated Acros II film has all the popular features of its predecessor; including high resolution, fine grain and sharpness. In addition, to meet the needs of today’s film enthusiasts, Neopan Acros II will come in 35mm and 120 formats.

“Utilizing Fujifilm’s proprietary Super Fine-Σ particle technology, Neopan Across II offers a high-level of granularity; with pristine resolution achieved at a sensitivity of ISO 100. Fujifilm has achieved this level of image quality at high-sensitivity due to its longstanding history of film development and manufacturing; this has allowed it to precisely control the size and composition of silver halide grains contained in photographic film; contributing to the final image quality and aesthetic in prints,” the company announced.

Furthermore, the sharpness achieved in the Acros II film will detail fine textures. As a result, the film is an option for use in a wide range of photographic situations. The applications include landscape, portrait, commercial, architectural and even astronomical and night photography.

What’s more, building on these characteristics, the professional B&W film will offer slightly higher contrast gradation in highlight areas when compared to the conventional Acros film.