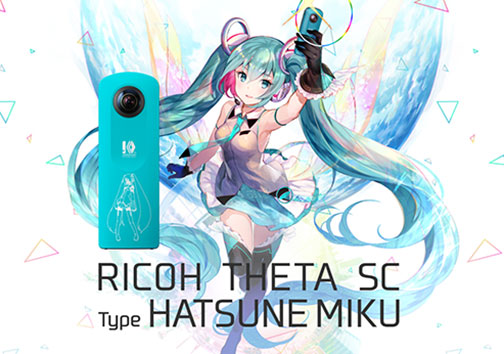 The limited edition, 360º camera package was created in collaboration with Hatsune Miku’s developer, Crypton Future Media, to commemorate the 10th anniversary of the popular singing digital avatar. Miku is an extremely popular digital persona voiced by a singing synthesizer application, with a loyal following in Japan and around the world.

The package includes a specially colored Ricoh Theta SC camera with graphics of the character by original illustrator KEI.

In addition, a dedicated smartphone application enables users to integrate the Hatsune Miku character into their 360º images.

Moreover, when the shutter button is pressed to capture a 360º image, the camera emits a custom Hatsune Miku sound. 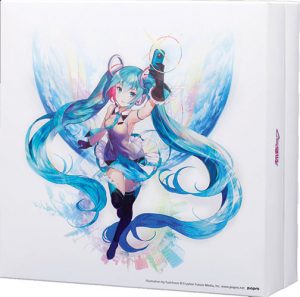 With the Ricoh Theta Type Hatsune Miku app for iOS and Android devices, users can overlay a three-dimensional image of the pop star on their 360º photos. The app includes 55 different poses, including Snow Miku, a winter character whose outfits are determined by annual design competitions.

Furthermore, the Ricoh Theta exclusive editing application can only be used with this Theta model.