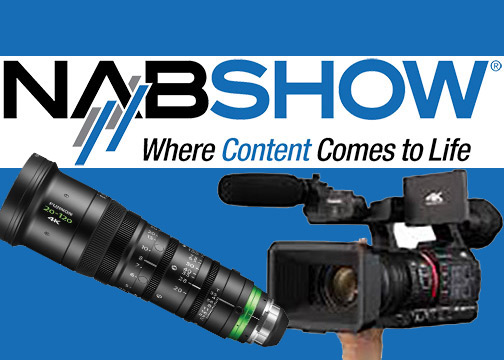 Integral to our comprehensive coverage of conventions and trade shows is our signature Product Showcase. In this special show issue, Digital Imaging Reporter presents the 2019 NAB Show Product Showcase. We’ve included a selection of notable equipment for multimedia content creators and filmmakers.

Recognizing that lighting stands are cumbersome to transport, Think Tank Photo’s solution is the Stand Manager 52 rolling case, which features internal tiedowns and exterior compression straps to secure stands. With four padded handles, oversized shock-absorbing wheels and rear skid rails, the case is easy to load while transporting to and from shoots.

The Sigma Cine 28mm T1.5 FF is a fast, sharp T1.5 lens compatible with full-frame camera sensors. Optimized for ultrahigh-resolution 6K–8K productions, it features a 180º focus rotation and is available in EF, E and PL mounts. A lens support foot and cap are included.

A key focal length to achieve a true cinematic look, the wide-angle perspective of a 28mm lens is an industry standard in shooting motion pictures. “DPs and filmmakers of all genres will now have the opportunity to add this gem to their Sigma Cine lens collection to further enable their creative vision and enhance their workflow,” the company announced. Other features include: dust/splashproof; 100% metal body; luminous paint for visibility; and laser engraving. $3,499 for the regular version; $4,499 for the fully luminous (FL) version.

Boasting recording speeds up to 495MB/s, with a minimum sustained write speed of 130MB/s, Delkin’s 128GB VPG-130 CFast 2.0 card captures smooth DCI 4K and Full HD video at high frame rates. It also captures 170 RAW images and unlimited JPEGs at 16 fps in the Canon EOS-1D X Mark II. Each of Delkin’s CFast cards undergo an extensive series of tests to ensure full functionality and performance in today’s high-end cinematic hosts. While not compatible with ARRI cameras at this time, it does support those from Canon, Blackmagic and Atomos. $219.99.

The Pelican Air 1745 Long Case protects long equipment in a line that is up to 40% lighter than other polymer cases. The 1745 Pelican Air Case has interior dimensions of 44×6.77×8 inches. Boasting more than 5,900 square inches, it is the deepest Pelican Products long case yet. Its form factor protects all manner of long equipment in harsh environments. It is also the first Pelican Air case to employ tough press-and-pull latches that lock automatically but open with a light touch.

Matthews Studio Equipment rolled out the Trio C+ Traveler kit, a new way to address the needs of crews who are constantly on the road. MSE initially developed the C-Stand Rolling KitBag to meet the needs of everyone from seasoned grips to new content creators, as well as film and TV content makers who said they need a way to get bulky gear from the vehicle to the set, including C-stands.

Tiffen introduced the Steadimate-S camera stabilizer. It offers camera operators increased freedom and endurance when working with single-handed motorized stabilizers like DJI’s Ronin-S. By pairing the Ronin-S with a body-worn video stabilizer, Tiffen claims the Ronin-S can be operated for hours with minimal fatigue. It also maintains a range of vertical movement and adds panning ability as well as “low-mode” operation.

Sony’s ultrafast, next-gen CFexpress Type B memory card (CEB-G128) ships this summer. With read speeds up to 1700MB/s and “reliable toughness,” the card will support future digital devices. The CFexpress Type B is based on a new specification that adopts the latest interface PCIe 3 Gen3 standard from the CompactFlash Association.

The Sony CFexpress Type B card comes in a 128GB capacity, with 256GB and 512GB cards planned. It is 3x faster than Sony’s fastest CFast card, and its write speed of 1480MB/s meets the needs of professionals capturing high-res images or high-bitrate video. With a read speed of 1700MB/s, large-size data files are transferred quickly, compared to existing cards. Engineered for strength, it surpasses the CFexpress standard by a factor of three.

legs, a rotating ball head and a fluid head, it weighs 5.5 pounds in total.

The legs tighten with twist locks that adjust with a turn to extend the legs to a 68.9-inch max height. A short center column is included to drop the tripod to 9.1 inches. Moreover, one of the tripod legs disconnects for use as a monopod. Other features include removable rubber feet that swap out for optional spikes and a 1/4″-20 accessory mount.

The ball head supports 33.1 pounds. A separate pan lock disengages and allows it to rotate 360°. The ball also moves freely after unlocking the head’s lever lock. Additionally, a cut notch on the side permits camera to be positioned at a set angle. The fluid head features two bubble levels, a telescoping pan handle and a quick-release plate with 1/4″-20 and 3/8″-16 threaded mounting screws. $449. Central Hall Booth C12646.

Fujifilm is showcasing a version of its popular Fujinon XK6x20 zoom without the servo drive motor. The Cabrio 20–120mm without drive can be operated as a fully manual, parfocal, cinema zoom lens. Moreover, the servo drive on other Cabrio lenses is interchangeable on the 20–120mm if the lens is purchased without a drive unit. Convertible between the video production and cinema markets, the lens features a flat T3.5 from end to end, with no ramping. It covers an S35-size sensor (Super 35 format), and without the servo drive, it accepts industry-standard cine motors and matte boxes.

The lens is fit with a 9-blade iris to capture natural-looking bokeh. Also, the zoom’s barrel markings are luminous for visibility in dark shooting situations, and distances are listed in feet or meters. In addition, third-party accessory manufacturers offer solutions to benefit users of the Cabrio 20–120mm without a servo, including lighter weight servo zoom motors and multi-mount kits. $12,000. Central Hall Booth C7225. 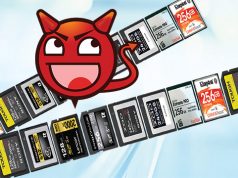