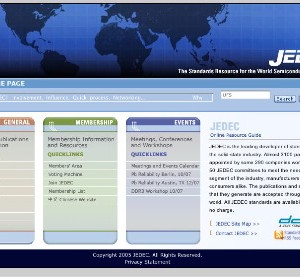 Looking to establish a unified removable memory card that can be shared among various mobile, portable and other consumer electronic devices without the need for any adaptors, Nokia Corp., Micron Tech, Samsung, Sony Ericsson and Texas Instruments, along with several other companies, have announced their support for the creation of a common flash storage technology. The new specification would be dubbed Universal Flash Storage (UFS) and the technology is expected to be finalized sometime in 2009.

In a recently released statement, Jon Kang, president of Samsung Semiconductor Inc. said, “The proposed UFS specification is good news to card manufacturers and set designers alike. The proliferating use of flash memory as a storage medium underscores the importance of introducing a universal connectivity to memory cards where high performance and reliability are critical.”Nokia recent press release on the topic explained,”UFS will provide a revolutionary leap towards supporting very low access times required for memories, as well as enabling high-speed access to large multimedia files, while reducing power-consumption in consumer electronic devices,”

The general feeling among all the supporting companies was that UFS will provide what they deemed a “revolutionary leap towards supporting very low access times required for memories, as well as enabling high-speed access to large multimedia files, while reducing power-consumption in a wide variety of consumer electronic devices.” The performance level of the new standard is expected to be a significant advancement beyond the current line-up of flash cards currently on the market.

This newly proposed standard is currently being developed by the JEDEC Solid State Technology Association, which has generated several open standards for the semiconductor industry in the past.