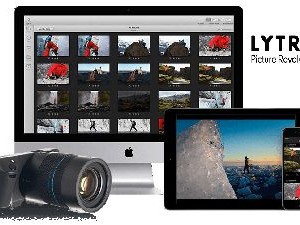 Mountain View, CA—Lytro’s light field technology, as reflected in the company’s cameras and their refocusing effect, is radically different from that of traditional cameras. As such, Lytro believes their cameras must be tried before buying.

Consumers can now try out firsthand the high-end Lytro Illum light field camera in the company’s first retail location. Located in Tokyo’s Shibuya district, visitors to the new Lytro Studio can experience Lytro’s light field technology for themselves. They can experience hands-on the Illum camera and learn to shoot 3D “living pictures.”

Professional photographers, creative professionals and the general public will be able to gain experience with Lytro Illum and Lytro Desktop. Harnessing the advantages of light field, users can render multiple outputs, including 3D living pictures from a single exposure by adjusting aperture, point of focus, tilt, perspective shift, depth of field and animation in both 2D and 3D.

“With its culture of innovation and active photography, fashion and creative communities, Tokyo is the perfect city to host this studio and illustrate the intersection of technology and imaging,” said Jason Rosenthal, Lytro’s CEO.