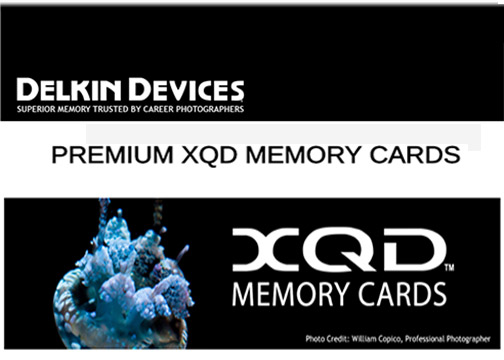 Poway, CA—Delkin Devices announced their line of Delkin 2933x XQD memory cards is now shipping to select retailers. Delkin’s XQD cards deliver fast write speeds of up to 400MB/s and are specifically designed for the latest generation of cinematic hosts, including Sony, Nikon and Phase One. Delkin is a manufacturer of flash storage solutions and camera accessories. 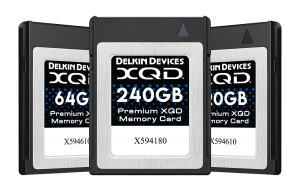 In addition, each of Delkin’s XQD cards is serialized, just like a camera. This allows Delkin to offer enhanced customer support. It also provides customers additional protection and insurance for their purchase.

Along with a lifetime warranty policy, Delkin also offers a unique built-in insurance policy for their XQD memory cards. It’s their 48 Hour, No-Questions-Asked Replacement Guarantee. As a result, Delkin will replace any nonworking Delkin XQD card within 48 hours or less (not including weekends), prior to receiving the nonworking card. Consumers can also replace them over the counter at any authorized Delkin XQD reseller.

In related news, Delkin also started shipping a USB 3.1 XQD adapter to ensure quick post-shoot backup. The new adapter utilizes a SuperSpeed+ USB 3.1 interface. Therefore, it can offload large files, quickly and efficiently, at speeds up to 10Gbps. That is two times faster than USB 3.0.

“It’s perfect for on-the-go users who want to travel light while handling the high-performance demands of XQD memory cards that are used in the broadcast, cinema and photography industries,” the company stated.