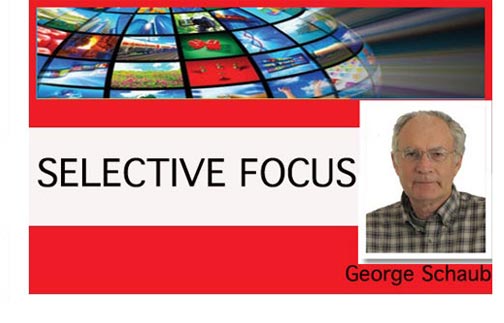 As I walked the show floor at PhotoPlus Expo, held in New York in late October, I was immediately struck by the proliferation of cloth mesh cages. No, this was not an attempt by the show organizers to draw in crowds by staging UFC-type grudge matches between well-known photo pros. These were aviaries for the many sizes and styles of drones that hovered and swooped within the enclosures.

Despite some legal matters and FAA regulations that can turn a hobby into a misdemeanor or felony, recreational drone sales are expected to exceed well over half a million units this coming year. It’s no wonder a host of manufacturers are jumping into the photo flier field.

Drones are the latest manifestation of the type of trends that have gripped the photo industry of late, some of which are valid and durable and highlight the industry’s best instincts and advantages. Others chase competitive segments and make it seem like the photo industry is just too eager to please and accessorize its competition. There’s a correlation between the speed with which a trend is adopted and the need to play catch-up. What sometimes results is more a marketer’s pipe dream than something that enhances the photo industry’s reputation and sales. 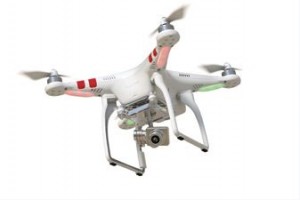 There are some recent glaring examples of trends that flashed like comets across the photo industry sky and quickly flared out on the horizon. It would be both easy and unfair to pick on them: think 3D photos. But there are others that have been more durable, that differentiate the photo industry and highlight its distinct advantages.

I place much of the connectivity trend of the last few years into the “follower” category, an attempt to co-opt the cameraphone into the photo industry realm. You’ll find no argument here about the benefits of anything that makes it easier to get photos into mobile devices and computers wirelessly. Perhaps it was the way connectivity was first implemented that threw me off. It was clear that sharing a snap was way easier with a cameraphone and that the gymnastics required for camera to phone (or camera to Internet) connectivity were unwieldy at best—and may well have put off early adopters. In fact, as I have argued before, the argument over the best way to shoot and share images for social media is over.

Case in point: In my travels I have talked with many pro and enthusiast photographers—those quite serious about their photography—who on many occasions carry their phone and not their camera to make images, and not just to immediately share them. The old PMDA mantra of “always carry your camera” has finally been realized, but not in the way they might have imagined. These folks have not abandoned their cameras or their interest in new gear and tech: they have simply decided that in more instances than we’d care to admit their phone will handle and more importantly share their images better and easier.

Making a camera so a phone can be used as a remote control has its charms and purposes, I suppose. But long exposures aside, I could never fathom why I might want to take a small, portable device that oozes spontaneity and lash it to a tripod so I can make settings and snap from 20 feet away. It’s cool to see the viewfinder image on your phone’s screen, I guess. And there are numerous accessories available and more coming that allow you to marry phone to camera and compose on the phone screen. Of course there are now “hybrid” cameras that are specifically designed to latch onto the phone and make it operate solely as a viewfinder and touch-screen control, allowing you to capture images on the camera’s memory card and/or the camera roll in the phone.

But does this trend say more about the viewfinder experience in mirrorless (electronic viewfinders) and the live view function than it does about the users’ need to connect? (In the spirit of full disclosure I really like the mirrorless models but have never been a fan of electronic finders.) Would it perhaps be better to investigate ways to allow people to actually see what they are photographing rather than shunting it off to another (read phone) finder? And once they get to preview the image on the phone screen, they’re often stuck with the same conundrum as with live view, especially in bright light and with certain viewing angles, forcing them to shift off a point of view because the camera simply cannot deliver a viewable scene on the screen. Maybe dark cloths should make a comeback.

Enough of that rant: my point is that this connectivity thing has led the industry down more rabbit holes than necessary in an attempt to chase a clear cameraphone advantage. The question is: with increasing chip size and resolution in this year’s coming phones, is connectivity as valuable and promotable an asset as imagined? Yes, pundits say that “all cameras should be connected,” but connected how, and to what, and why? I’m all in favor of getting rid of wired connectivity to computers and such, but the connectivity thing has already de-trended and dropped well down the bullet-point list on camera sell sheets, despite it being all the rage of camera marketers in the recent past.

The megapixel race trend comes and goes, and now is back again. While reasonable minds in the first manifestation of this trend noticed that boosting megapixels beyond the sensor and processor technology of the day had quality consequences and backed off, today’s sensor technology seems capable of handling big counts on so-called “full frame” sensors. Although, it has become apparent that some lenses and the images they deliver have some catching up to do. Indeed, the sensor size race has accompanied this trend so now even integral-lens and compact cameras have expanded their sensor footprint. This makes for escalation and upgrades in all classes of camera, but if this improves image quality and customer satisfaction, then I say have at it.

For example, one DSLR camera I worked with recently delivered massive size files (how about an 8-bit, 140MB+ JPEG from the snap of a shutter). This will appeal to professional photographers and government types, etc. It also blurs the lines between full-format DSLRs and so-called medium-format digital cameras, the latter seeming more and more like an endangered species. This certainly qualifies as a bragging rights move and will foster more sensor wars, but my first reaction is that this is not the type of product that will turn a company’s fortunes around.

Why enthusiasts—the bread and butter crowd—other than those who have deep pockets and always want the latest and greatest might want one of these massive file size producers was a mystery to me. That is until I saw the latest desktop, “large format,” 17×22-inch inkjet printers.

These (relatively) reasonably priced printers want big file sizes to fill the paper. Having tested some, I saw that the “old” files from 18MP cameras, for example, required major resampling to get the full effect. What Canon and Epson have done is marry the capabilities of big sensor cameras to their printers. In Canon’s case, this presents an opportunity to “bundle” the capabilities of the camera and the new printer in one fell swoop. I am fairly certain that if the printer comes first into a home or studio, the large MP camera will follow, and vice versa. =

This bundling is not available to Epson, but having DSLRs and mirrorless cameras that churn out really big file sizes means that art, commercial and portrait photographers can move up into an entirely different level with their work. And I like any trend that doesn’t chase the cameraphone and pays attention to the main attraction in our tent: image quality and feeding a person’s passion for photography.

So, what is my hope for the photo industry’s leading trends in 2016? Larger sensor sizes in all classes of cameras; reasonable megapixel counts (and pricing) depending on camera class and probable end-user aims; higher end and reconfigured lenses to handle major megapixel cameras; camera/lens/accessory packages that reinforce brand loyalty and speak to specific shooting proclivities; more emphasis on and promotion of print output rather than ephemeral “shares,” especially in larger print sizes that point out the cameraphone’s shortcomings; recapturing the video side of the market by simplifying the choice of formats and developing bundled software that does not require a degree from a film school to edit; and overall, offering products, services and technical advances that clearly delineate and show off the photo industry’s advantages to photographers in all segments of the market. Is that too much to ask?