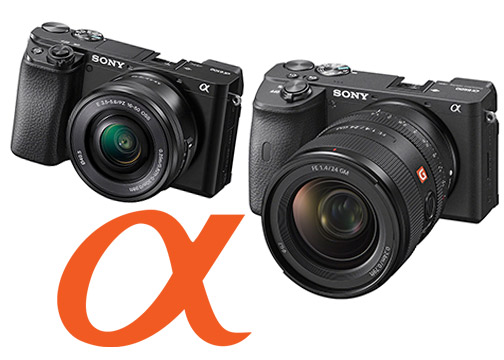 The α6600 addresses the needs of demanding photographers and videographers; the 6100 is targeted at users looking to produce high-quality photos and videos with an interchangeable-lens camera.

“These new APS-C cameras provide excellent image quality in a compact package; with the ability to take full advantage of Sony’s growing lineup of 54 different E-mount lenses,” said Neal Manowitz, deputy president of Imaging Products and Solutions, Sony Electronics. “We are proud to bring so many of our innovations into our APS-C lineup and to provide creators with several new tools to realize their vision.”

The Alpha 6600 and 6100 both employ a 24.2MP Exmor CMOS image sensor, the latest Bionz X image processor and a front-end LSI implemented in Sony’s full-frame cameras.

Both also benefit from Sony’s real-time tracking, which utilizes the company’s latest algorithm with artificial-intelligence-based object recognition to ensure subjects are captured with accuracy, even via the touch panel on the rear screen. In addition, they offer real-time eye AF, which uses AI-based object recognition to process eye data in real time, for improved accuracy, speed and tracking performance of both humans and animals. Furthermore, the α6600 uses real-time eye AF for video. When activated, the subject’s eye is automatically tracked, allowing shooters to focus on content as opposed to what’s in focus.

Furthermore, the cameras are capable of internal 4K movie recording with full-pixel readout and no pixel binning in the Super 35mm format. Complementing this are a microphone jack and flip screen for the framing and shooting of vlog-style content. The α6600 also features a headphone jack to monitor audio.

With an ISO range of 100–32,000, which is expandable from ISO 50 to 102,400, the α6600 offers low-noise performance, even in low light. Area-specific Noise Reduction and Detail Reproduction technologies reduce noise while preserving resolution.

The α6600 also employs 5-axis in-body image stabilization for a 5-step shutter speed advantage. And it debuts the Sony Z battery for the first time on an APS-C camera. The battery enables extended power performance (720 still images using the viewfinder, 810 with the LCD monitor).

The Alpha 6600 also has an HLG (Hybrid Log-Gamma) picture profile that supports an instant HDR workflow. Moreover, for users who want to color grade their footage in postproduction, S-Log3 and S-Log2 Gamma profiles are provided.