The close proximity of CES did little to dampen the enthusiasm or crowd at this year’s PMA, although those attending both shows may have had a bit of déjà vu in terms of product and buffets. As one who has passed on CES the past two years, and feeling better for it, PMA had enough energy and announcements to sate my photo appetite. On display were a new breed of smart cameras, plenty of new entrants in the DSLR arena and more photobook options than one would have thought possible. In addition, “geotagging” and output options, with cameras offering more forms of communication to a myriad of outlets, were part of the new breed of what some have called “digital photography v2.5.”

Quite a few exhibitors noted that cameras and the images they produce have become the new form of “storytelling”, a term, if I recall correctly, that the Professional Photographers of America (PPA) coined for the pro shooter many moons ago. Due to advanced communication capabilities, photographs have morphed into “personal imaging content”, including output on prints, collages, books, online sharing, kiosks, blogs, networks and multi-media phone messages. As a regular user of TripAdvisor.com I now can see every detail of a hotel room, including bedding, toilet and view from room 33F prior to booking. I can also see a thunder storm in Iowa or the last running of a soapbox derby in Duluth the evening after it takes place. YouTube, MySpace etc. have made stills and videos something everyone can share, anytime, anywhere and in any format imaginable. It’s an understatement to say that this is, and will become even more of a boom for the industry.

It was noted at the InfoTrends breakfast, which I think should be obligatory for every industry member, that traditional industry members are not at the top of the list for sharing sites, something Nikon has begun to work at and others might join in on soon. The use of tagging—an extension to the EXIF data that travels with every image––will make the sharing practice even more universal, and revolutionary. These “searchable” tags might start as humble pins on a map, but could extend to facial recognition and more to make picture storage and retrieval a whole new ballgame in the years ahead.

Just what is a “smart” camera? One might think autoexposure and autofocus were enough to make many cameras available today seem quite smart, but the show revealed many more extensions of this appellation, particularly into areas that photographers have long accepted as challenges, but that the electronics folks think solvable. One such solution, called Intelligent Auto, was shown by Panasonic, and is soon to come to other cameras with other branded names as well. In one segment of this operation the image processor breaks down the frame of the image into 3000 segments, each of which is analyzed for exposure. In essence, the processor applies selective gain to boost the ISO in areas where more exposure is required.

For example, say you are photographing in a room with window light illuminating part of it and the window and outside visible in the frame. The processor might apply ISO 100 to the area outside, ISO 200 to the area in the room lit by that window light and ISO 800 to the darker interior of the room, balancing out the exposure and bridging the usually high contrast gap. Other makers refer to this as selective tone curve adjustment, but whatever it is it surely is impressive. While edges need to be smoothed (in borders between gain applications) this type of solution to an age-old photographic problem is impressive indeed.

Face recognition has also come a long way, and now that we have multiple face recognition in one frame (how you get focus from front to back of a large group on risers might be another matter) the next stage seems to be Smile Recognition, or the fact that the shutter will only snap when the face of your subject turns to a smile, as shown by Sony. And there’s also auto-red-eye elimination, with one maker showing me a sample with a person in front of a Christmas tree with red bulbs, and only the red eye reduced. This apparently marries face recognition with selective red reduction in the eyes, and doesn’t affect any surrounding areas.

Another smart feature is auto boosting of the ISO across the field if the camera “sees” the subject is moving, as well as having the ISO raised when any photographer-induced shake is detected. Scene selection is another area where the user is not even troubled to set a Scene Mode anymore, with the camera judging the setup by where focus is grabbed and even the form and distribution of light.

As more of these various technological wonders are incorporated in cameras it might change the way software is used. In the past, photographers relied on post exposure software to help them enhance and correct image flaws, and to sort their images for later retrieval. As auto-tagging becomes more prevalent and images are processed to optimum state in capture and in-camera prior to downloading, the prediction is that expressive and creative use of software, rather than corrective, will become the norm.

I frankly lost count on the offerings in the photobook segment. Some say the photobook will eventually cut into print output, and I can understand why. Think of all the disparate prints floating around your home, from those in albums to those in envelopes tucked away in drawers. Collating and organizing all those prints, and marking them with pertinent information, can be a chore. But then think about being able to take all the images from an event, or, with the new tagging features, all the images of one child, and being able to easily bring them together in a nicely bound book. There was even software for making books (from HP, for one) that will arrange images from a folder chronologically, which is a great way for event photographers to make sense of a mass of images made during one job. Indeed, some photographers report that wedding customers now are opting for photobooks rather than the more expensive print albums, with the ability to order multiples at a fraction of what bound print albums might cost.

Options ranged from software and print output for do-it-yourselfers to home binding machines to online services that provide all the software needed, with accompanying wizards and guides, to get the photographer going. A number of companies, this being PMA, also offered book packages for retailers, including Kodak’s Adaptive Picture Exchange thermal solution to DigiLab’s home or studio and retail solution that can also be shared, as a flipping book, online. Costs go from high end to budget varieties, depending on binding, paper quality and pages offered.

While I’m not ready to sound the death knell for individual prints, the onrush of book offerings signals a marriage of digital images and creative forms of output in a way that meets a customer’s needs. Once someone sees a photobook, they want one, and a combination of “viral”, as it is rather oddly put, and real live marketing should make the book business grow even more in the future. I for one would love to be able to have all my old snapshots tagged and ready for book production. Digital imaging makes this all possible, given a modicum of setup work, and awareness of how to ID images prior to creation, on the part of the user.

The competition for the entry level DSLR user is becoming increasingly fierce. As one pundit stated, the “DSLR is fast becoming a fancy (read interchangeable lens) point and shoot digital camera.” There’s no denying that the DSLR will carry the market for the near future; although point and shoot digital cameras did not drop in sales as much as predicted at least year’s convention, DSLRs are the one category showing growth well in the 2010 period, or so “they” say. All the major makers showed or revealed in closed meeting plans for an entry level model, each becoming smaller and smarter than the competition. The battle for the mid-range, plus $1000 DSLR is heating up as well, with Sony and Pentax revealing numerous models that are intended to challenge the current top dogs, Canon and Nikon.

But one Sony announcement, though anticipated, did shake the show a bit—the revelation that they are planning to bring out a 24 megapixel DSLR with so-called “full frame” sensor, perhaps later in the year (Photokina, anyone?) This is a direct challenge to Canon and Nikon, one where the electronics giant is clearly stating they are fully committed to the DSLR class of camera. It must be admitted that if you buy into the whole “convergence” idea, where electronics of all sorts—TV, computer, Internet, etc.—all act as feeds for the image “anywhere, anytime” mantra, then companies like Sony, Samsung and Panasonic, may act upon the wisdom of being involved on all fronts. These folks see images as data, as content that feeds into, and enhances the usefulness, of all types of electronic hardware. Those three, it seems to me, have the infrastructure to make it happen, and could become even bigger players in the digital imaging game. yy 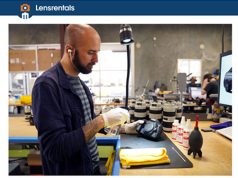 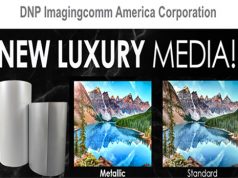 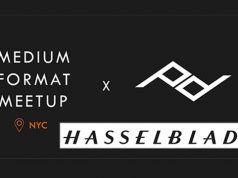