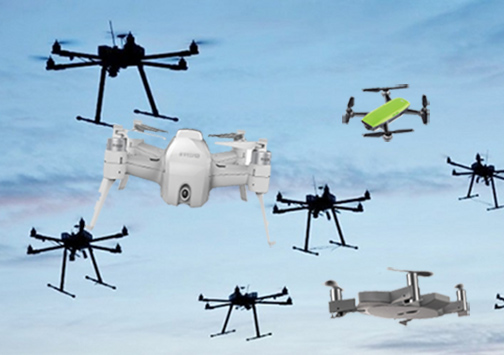 Drones figured prominently throughout 2017, not just in the skies but also in the headlines and in public scrutiny over what the future holds for these devices. For hobbyists and imaging professionals, there is no doubt that these marvelous flying machines have been a boon for recreational and business activities.

It may be too soon to proclaim any consolidation in the category, though 2017 saw fewer brands launch models than in preceding years. Federal Aviation Administration (FAA) regulations are now in place, and certain provisions have perhaps given pause to both manufacturers and consumers. Chief among these may be the rule mandating pilots maintain line of sight at all times.

Despite that, drones haven’t been grounded, far from it, and various models are widely available. Let’s look at a few drones that will see more than a few flights in 2018.

DJI’s first real attempt at a handheld quadcopter designed for selfies and close-quarters photography and videography was met with mostly critical acclaim. While small and nimble at a mere 10.6 ounces, it was built to also shoot wider scenes at higher altitudes.

The 12 megapixel image sensor is limited to shooting video in 1080p Full HD resolution at 30 frames per second (fps) on a two-axis mechanical gimbal. The gimbal only stabilizes the pitch and roll, not the yaw. There is no 4K shooting mode available.

However, to try and offset that, DJI included an obstacle avoidance system to negate accidents or crashes. Moreover, it expanded flight modes to simplify capturing footage with the mini drone. Pilots can follow a subject or move along a set path without any additional know-how or setup. This allows the Spark to lock on to a subject while circling around or starting low and elevating away for a cinematic effect.

The battery life of the Spark is rated at 16 minutes of flight time per charge, though that may be lower if obstacle avoidance and flight modes are used often.

In addition, pilots can control the Spark using their palms. When the drone takes off from a hand, it automatically enters gesture mode. New advanced gesture controls like PalmControl let users control Spark with hand movements; pilots can send it up and away, take a selfie and call it back with just gestures. But more advanced features require the free iOS and Android app. For longer-range flight, a compatible physical controller would be required. The Spark comes in five perky colors. $399.99. dji.com

Here’s something a bit different that was just unveiled at CES. AEE Aviation Technology partnered with Selfly Camera to develop the AEE Selfly. Billed the first-ever flying phone camera case, it’s a smartphone case with an embedded drone. The “drone” is directly targeted at smartphone users, giving them the ability to capture selfies and video from high above, from tight spaces or from a distance. The drone takes flight with a touch of a button, providing users with options and angles beyond the arm’s length of a selfie stick.

Incorporating stabilization technology, the AEE Selfly snaps onto most standard-size, 4- to 6-inch smartphones. Its integrated, foldable drone wings enable the device to fly itself at the user’s command. As it hovers, the drone waits for commands from an intuitive, free smartphone app to capture shots from above. Its fly by picture mode is said to make for easy piloting via the phone. It also uses a visual and sonar positioning system for safe flight.

The Selfly is equipped with only Full HD 1080p video capability, and its 13MP camera can capture wide panoramic photos. It has a flight time of just four minutes, though it is bundled with two batteries to double that time. And it has an approximate recharge time of 30 minutes. The Selfly is compatible with both Apple iOS and Android smart devices. It’s slated for a spring 2018 delivery and will sell for about $130. www.aeeusa.com

This is where the DJI line really walks the line between consumer and professional; the Phantom 4 Pro is more affordable yet is still outfitted for higher performance. DJI chose to use magnesium alloy to reinforce the hull to make the Phantom 4 Pro more rigid, albeit at a lighter overall weight.

Key to its specs is the inclusion of a larger 1-inch, 20MP CMOS sensor, which should result in better image quality, given it is a fourfold size increase from the image sensor in the Phantom 4. Larger pixels with improved dynamic range may produce better low-light shots with less noise. DJI says its mechanical aperture can eliminate rolling shutter distortion when shooting at faster speeds.

It can shoot 4K video at 60 fps, and it can do H.265 compression in 4K at 30 fps, both of which manage a 100Mbps bit rate. The f/2.8 lens is a 24mm equivalent, and it works with a mechanical shutter with a max shutter speed of 1/2,000 to help freeze action at higher speeds. DJI didn’t abandon the electronic shutter though. Pilots can also use it, with a max shutter speed of 1/8,000. In addition, burst mode maxes out at 14 fps.

DJI also plays up the drone’s FlightAutonomy expansion. It added dual rear vision sensors to go with the two in the front and the infrared ones on the sides to create a five-directional obstacle detection system. The Phantom 4 Pro can avoid crashing into obstacles on all four sides, though not necessarily above or below. Various flight modes are available to utilize, much like other DJI drones do as well.

As is always the case with DJI’s drones, this one uses its LightBridge HD transmission technology with the flexibility of going on either the 2.4GHz or 5.8GHz bands. Maximum range for the video downlink remains at 4.3 miles. The controller has a 5.5-inch, 1080p display with the DJI GO app already built-in. The company claims 30 minutes of flight time per charge. Also, the drone is now offered in a more pro-looking obsidian finish in addition to white. Pricing stars at $1,499.99. dji.com

In keeping with the recent drive to go smaller, Yuneec released the Breeze 4K drone to compete with others offering portable drones that can shoot at high resolutions. With a fold-in design compacting its overall size, Yuneec says this drone can produce what drones double its price can. It weighs in at just less than one pound.

Moreover, in trying to cater to different piloting skill levels, Yuneec included automated flight modes. In selfie and orbit modes, the Breeze hovers for shooting portraits or overtop a group, while in follow me mode it sticks to a subject. Journey is an offshoot of selfie in that the camera pitch determines the drone’s angle.

There’s no dedicated controller, since footage is live streamed in 720p over to the Breeze Cam app on iOS or Android devices. Yuneec also integrated social media into the app, allowing pilots to immediately share a clip or still image over popular networks like Facebook, Instagram, Twitter, Flickr and WhatsApp, among others.

Battery life on the quadcopter is also very limited at 12 minutes per charge or less, thus necessitating buying backups to shoot longer. $399.99. us.yuneec.com

Why only shoot in the air when you can go underwater and record. The PowerRay is unique for its focus as a waterborne drone that can submerge and capture scenes of marine life. PowerVision is also marketing the drone as a tool to attract fish while fishing through its onboard light, along with other optional accessories.

The PowerRay can dive down to a max depth of 98 feet. In addition it has an onboard camera with a 12MP, 1/2.3-inch CMOS image sensor that can shoot 4K video at 25 fps. It can also record in 2K at 50 fps as well as in Full HD 1080p at 60 fps. Moreover, it has a burst mode of 5 fps for capturing photos. The onboard light can help illuminate scenes, though it’s not truly designed for low-light or nighttime shooting.

The PowerRay also has three thrusters, two horizontal and one vertical, to maneuver, with a max speed of 3 knots. The included controller pairs with a phone to live stream footage in 1080p. It also offers virtual reality (VR) viewing and gesture capabilities through the PowerVision headset. Storage options include 32GB and 64GB versions. Pricing starts at $1,488. 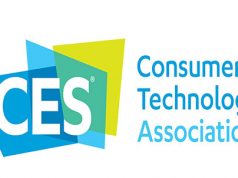