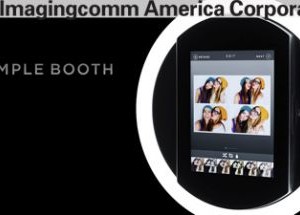 “We recognize photographers are increasingly relying on mobile devices for their on-site workflows,” said Katsuyuki Oshima, president of DNP Imagingcomm America Corp. “Simple Booth has an innovative solution and a strong user base that we are looking forward to working with.

Simple Booth offers a Pro Edition 2 app that is a professional photo booth solution with customizable options. It also creates photo layouts and animated GIFs. A new update to the Pro Edition 2 will provide compatibility with DNP’s WPS-1 and offer instant printing through the Simple Booth workflow.

“Integrating with the DNP WPS-1 was not only easy to do but also extremely important for our users who can now print photos directly from the Simple Booth apps,” said Mark Hennings, owner and founder of Simple Booth. “While we’ve offered printing since our inception, we’ve never been able to print wirelessly to a professional printer. Now with the combination of the Simple Booth app and DNP’s wireless solutions, users can print professional-grade 4×6-inch photos in less than 30 seconds completely cable-free.”

The DNP WPS-1 eliminates the requirement for a PC and network router by creating its own File Transfer Protocol (FTP) network. Printing with the Simple Booth app is as simple as connecting an iPad to the WPS-1 network, opening the app (which will auto-detect and connect to the network) and printing photos from within the app.

With a suggested list price of $179.95, the WPS-1 is designed exclusively for use with DNP’s DS620A, DS40, DS80 and RX1 dye-sublimation printers. dnpphoto.com