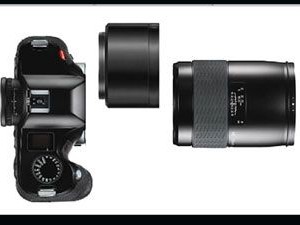 Anaheim, CA—At this year’s SIGGRAPH conference, which took place this July in Anaheim, California, Researcher Alkhazur Manakov and colleagues from Saarland University in Germany presented an add-on for DSLR cameras that will achieve even more than light field capabilities.

The adapter, dubbed the KaleidoCamera, is mounted between a standard DSLR body and a standard lens. The plenoptic accessory diffuses or splits up the incoming light, based on the angle it arrived from, into nine separate beams. This enables greater depth information to be captured for each scene.

The individual beams of light can be used, or filtered, before reaching the sensor in a kaleidoscopic composite grid of several sub-images. The more images the scene is split into, the greater the depth information captured, but the lower the resolution of the final image. However, after the picture is taken, software algorithms can then be used to merge the data into a single, content-rich image.

Depending on the configuration of the setup (which filters and glass are employed), KaleidoCamera will enable light field photography—with such features as software refocus, parallax/perspective and changeable field of view—as well as single-shot High Dynamic Range (HDR), postexposure variable polarization and multispectral photography.

The Saarland University researchers are working to miniaturize and streamline the prototype KaleidoCamera so it can be offered as a consumer product, either as an add-on accessory for DSLRs or for use in smartphones.