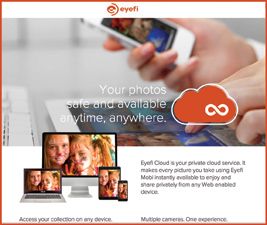 Eyefi Cloud was designed for photo enthusiasts who require the superior image quality provided by digital cameras but are frustrated with the time-consuming processes required to enjoy those photos on multiple devices. The service, along with the Eyefi Mobi wireless SD card and Eyefi Mobi apps, makes every picture taken organized and instantly accessible—anytime, anywhere—to curate and share securely and privately.

“Photo lovers know that life’s most important moments should be captured using a digital camera, but it’s difficult to access those shots until long after the images are taken,” said Matt DiMaria, chief executive officer of Eyefi. “Eyefi Cloud makes those highest quality shots available within seconds of them being captured, so photographers can immediately enjoy quality images on the beautiful displays of their smartphone, tablet, PC or smart TV.”

In June 2013, Eyefi pioneered simple, instant image transfer from digital cameras to mobile devices with the launch of its Eyefi Mobi wireless SD memory card. Now Eyefi is augmenting photographers’ sharing capabilities with the Eyefi Cloud service as well as new mobile apps for iOS and Android smartphones and tablets. When used together, Eyefi’s product lineup combines digital camera quality and mobile convenience with the accessibility of the cloud. Until now, digital camera owners had to manually transfer photos to see them on their smartphone or tablet. With Eyefi, those images are as accessible as photos captured using a smartphone and can be shared and enjoyed on the preferred viewing device.

Any device with the Eyefi apps or with a browser-enabled device can be used to view, share and manage an entire photo collection. The Eyefi Mobi SD card begins the image transfer process within milliseconds of a photo being captured on a digital camera. Images are automatically and securely transferred to Eyefi’s new mobile apps for iOS and Android devices. The Eyefi apps intelligently organize and transfer the images, in full resolution, to Eyefi Cloud.

The new Eyefi offerings include a range of photo-related services, including:
•    Transfer—Add wireless functionality to any digital camera and send images from camera to mobile device or desktop.
•    Organize—Sort and tag images as they are taken, so they are easy to find for sharing, printing and all the other ways photos are used.
•    Sync—Automatically synchronize photos to all devices so users can view, edit and manipulate photos online and offline, anytime, anywhere.
•    Share—Invite friends and family to view photos and albums without requiring registration. Photo collections are “live,” so any additions to an existing collection will generate a notice to recipients that new images have been added.

For photographers with multiple cameras, Eyefi Cloud automatically merges their photos into a single, organized collection. The entire collection is then available on all the user’s devices.

For customers who don’t wish to transfer images over the Internet, Eyefi also introduced Eyefi Desktop Transfer apps for PC and Mac platforms. Eyefi Desktop transfer sends images directly from a digital camera equipped with Eyefi Mobi SD card to a computer, without the need for cables. Transferred images are stored on the user’s computer in a file location of their choice. 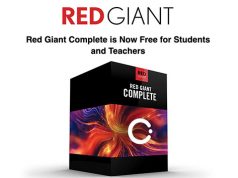