San Francisco, CA—Affirming that visuals are at the core of how consumers communicate and retain their memories, Mobile Photo Connect re-branded as Visual 1st. Conference chair Hans Hartman introduced the new name at the 5th Annual Mobile Photo Connect event at the end of October. The conference is focused on promoting innovation and partnerships in the photo and video ecosystem.

In his keynote address, Hartman outlined five key market trends that all point to the pervasive and prominent role of visuals in today’s communication and memory retention platforms:

•    Visual-rich social media, publishing and messaging networks
•    Visual-rich ephemeral and story formats for unrestricted, casual communication
•    Camera-first and creation-focused social media apps to entice ongoing consumer engagement
•    The potential of mixed reality visuals that combine camera-captured visuals with computer-generated VR or other visuals
•    The impact of artificial intelligence (AI) for about any possible visual use case

With visuals as the core to these trends, the choice of Visual 1st as the new conference name was a natural one, according to Hartman. “The terms ‘mobile’ and ‘photo’ are no longer useful descriptors, due either to having become ubiquitous—as is the case for ‘mobile’—or to being too narrow to reflect the evolution of the conference’s content over the years,” Hartman added.

“Mobile imaging used to equal smartphones, but now we have action cams, drones, 360º cameras, AI-based cameras like Google Clips or Amazon Echo Looks. All are mobile to a significant degree. So ‘mobile’ is the new norm. It’s reminiscent of when we used the term ‘digital photography’ during the transition from film to digital and before abandoning it when it became clear that ‘digital’ was the default and film the exception,” he explained.

In his Visual 1st keynote, Hartman also pointed out that the worlds of photography and videography are increasingly overlapping. The same devices are now taking visuals in either, or sometimes simultaneously in both, formats. Video frames are being extracted as photos, and photos can now be short video clips. Moreover, workflow-use cases and tools are increasingly the same for both photos and videos.

Going forward, Visual 1st will continue the formula of Mobile Photo Connect. It will bring together entrepreneurs and senior executives of innovative businesses who can leverage each other’s technologies through APIs, SDKs or other methods to enhance their products or services. For instance, to enable automatic image enhancement, to monetize user engagement through photo print products, to offer face- or image-recognition features, to aggregate and curate user-generated content, to store visuals in the cloud or on devices, or to leverage various (other) AI-based solutions without needing to develop these all in-house.

“We’re already looking forward to designing a Visual 1st event that will make attendance even more rewarding and enjoyable at our 6th conference next year,” said Hartman.

Furthermore, at Visual 1st, a panel of high-powered industry observers presented the four Visual 1st Awards. The honorees were the most outstanding among 30 products competing in this year’s show-and-tell demo sessions.

The judging panel for the Visual 1st Awards was composed of prominent representatives. They came from both the high-tech media and investment communities. This year’s judges were Geraldine Le Meur, cofounder and general partner, the Refiners; Haje Jan Kamps, writer and entrepreneur; Jackie Dove, writer and editor; and Andy Kelm, managing director, Palmarés Advisors.

The Best of Show Photomyne app offers an efficient way to scan, auto-crop and restore colors of legacy printed photos. It also safely backs up the photos in the cloud. The company aims to build the world’s largest archive of pre-digital images. 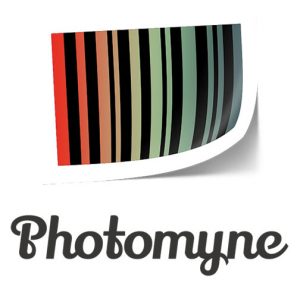 “Although Photomyne is still at a very early stage, they’re on track to solve an important problem: how to protect our pre-digital era visual memories and pass them on to the next generation,” commented Geraldine Le Meur. “I especially like their vision of wanting to become the ‘Instagram of the Past,’ as well as to index photos with AI to recreate memory connections.”

The Best Business Potential Award app is PastBook. The app offers a one-click solution to create printed photo books from large photo selections. These photos can come from Facebook, Instagram and also other sources.

“With mobile photo printing solutions becoming a commodity, PastBook manages something that is kind of magical in the photo printing industry. It generates recurring revenues through annual personalized yearbooks,” explained Haje Jan Kamps. “What’s more, these yearbooks tie into the social graph and leverage the viral power of social networks. I imagine that PastBook will make piles of money!”

The Best Technology Award app, V360 enables 360º video-editing features directly on one’s phone. Its features include sorting and trimming 360º footage. It also adds music as well as renders the edited video directly on the phone.

“V360 solves a very clear problem, with lots of 360º content being generated and no easy way to consume it,” summarized Andy Kelm. “The company is clearly at the early stages of what I expect to be a very large market. Having been around mobile and photos for a very long time, I especially like that V360 is mobile-first rather than adapted to mobile. It also has great B2B potential.”

The winner of the Special Recognition Award is Streetography. The app shows maps seen through the lens of photographers who have previously explored the area. It overlays maps with curated photos to give users a taste of the local flavor of each block, neighborhood or city.

According to Jackie Dove, “I really like how Streetography mixes photography with street maps to give users an entirely new way of looking at specific neighborhoods or cities. Streetography adds a ground-level experience and context to maps that we don’t see anywhere else. I appreciate that Streetography is based on crowdsourcing. And also that people could contribute to it, and that location coverage enjoys continued growth.”

This is a premier conference focused on promoting innovation and partnerships in the photo and video ecosystem. Moreover, Visual 1st is the new name of Mobile Photo Connect, the conference founded in 2013.

The international conference is cohosted by Hans Hartman, president of Suite 48 Analytics, as well as Alexis Gerard. Gerard is the founder of Future Image Inc. and the 6Sight Future of Imaging Conference. Gerard is also the coauthor of the seminal 2005 book Going Visual. visual1st.biz