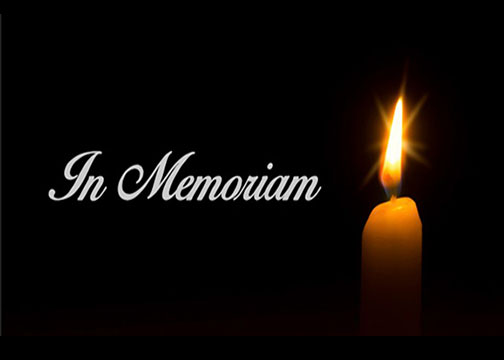 Las Vegas, NV—Ara Alex Christianian, 52, of Denver, Colorado, passed away peacefully from pancreatic cancer on January 27, 2020. He was surrounded by his loved ones. Alex, the co-president of Mike’s Camera, was born on December 6, 1967 in Beirut, Lebanon, to Kaloust and Aroussiag Christianian.

He and his family moved to Boulder, Colorado, from Lebanon in 1978 when he was 10 years old. Moreover, English became his fourth language. Christianian attended Fairview High School and went on to graduate from the University of Colorado with a BA in Marketing and Political Science.

In 1980, the Christianian family acquired Mike’s Camera, a small photography store in Boulder. Alex soon began what would be a long and gratifying career in this business. He and his family grew the photo specialty store into a well-known multi-location chain.

In recent years, he and his brother and business partner, Jirair, expanded the business in Colorado as well as into the San Francisco Bay area. Alex served on several advisory boards in the photographic industry and was a long-term member of the board of directors of the Photographic Research Organization (PRO), the industry’s leading buying group. He was also a member of PRO’s Executive Committee and its secretary.

Alex loved life and enjoyed spending time with his family and friends. Moreover, he was passionate about travel and had epic adventures exploring the world with friends and family. He traveled to every continent except Antarctica. One of his bravest adventures consisted of being the only adult when he took six of his young nieces and nephews on a tour of Italy.

Further, his love of family and friends was exemplary, as was his enormous generosity. He was a committed patron of the arts and was devoted to providing support to people with serious illnesses through his philanthropy. We will remember Alex for his fierce loyalty, grace and thoughtfulness to all those he loved.

Alex Christianian is survived by his mother, Aroussiag (Balian) Christianian; his sister Arpie and husband Steve Chucovich; brother Jirair and wife Aline (Semerdjian); his brother Vahe and wife Kim (Herosian); and his nieces and nephews: Arek and Garen Chucovich; Ani, Lena and Zaven Christianian; as well as Alik, Viken, Nyree and Sarine Christianian.

A private family funeral service was held at St. Sarkis Armenian Apostolic Church in Douglaston, New York. Subsequently, it was followed by burial at Cedar Grove Cemetery in Flushing, New York. In addition, a Celebration of Life will take place in Colorado in the spring.

In lieu of flowers, the family requests that those interested make donations to the following nonprofit organizations in his memory: