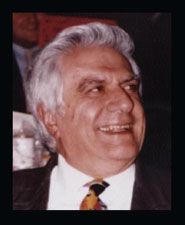 Portland, OR—James “Raymond” Ohannes, 82, of Mount Kisco, New York, died August 5, 2013 at Maine Medical Center, with both sons by his side. A former CEO of Ricoh Camera’s American division, Ohannes was born in Bay City, Michigan.

The son of George and Varsing (Isaac) Ohannes, he grew up with his two brothers in Detroit, graduated from Highland Park High School in 1949 and attended Wayne State University. After serving in the United States Army in Korea during the Korean Conflict, he began his long career in the camera industry as a sales clerk in a Detroit camera shop.

Ohannes rose in positions of responsibility at Honeywell-Pentax and Sankyo, eventually serving as CEO of Ricoh Camera, American division. Upon retirement from Ricoh, he was managing director of CT Marketing for 10 years.

One of the first people ever to be honored with a PMA Distinguished Service Award, Ohannes is predeceased by his wife, Flora, and two brothers, John and George Ohannes. He is survived by two sons, James Ohannes Jr. and his wife, Elizabeth McGrady of Portland, and John Ohannes and Melissa Beristain of Mount Kisco, New York; a granddaughter, Mary Ohannes of Portland; and nieces and nephews.

Online condolences may be expressed at ctcrawford.com, and donations may be made to curesearch.org/donate or Cure Search for Children’s Cancer, 2600 East-West Highway, Suite 600, Bethesda, MD 20814.