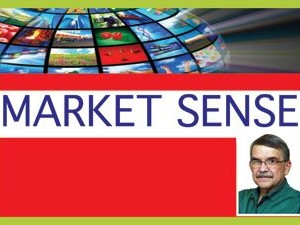 Using Facebook, Twitter and Instagram accounts to promote your business is very much like having an 11-foot python for a pet. If you feed it regularly and give it the attention it deserves, you’ll have a useful, long-lived companion. All it needs is a rat now and then, a little exercise and maybe its tummy rubbed (I’m guessing about the last part).

But lo and behold, if you ignore it for a couple of weeks, or leave it to its own devices when you go on vacation, you’re begging for trouble. Pythons attack and devour their prey by ambushing it. What may look like a peaceful coil of imitation Naugahyde could in fact be a vengeful reptile crouching and waiting to teach you a painful lesson.

The similarity doesn’t stop there. Pet snakes and social media were both great conversation pieces in the beginning and for a while at least, having made you unique. Sort of a status symbol, ruler of the serpent world and master of the Internet and all that. Well, that’s changed. Everybody has a python these days. It’s not good to be the only kid in school without a rat catcher. So if you don’t have one, you’d better get one.

Facebook: Free Publicity
At its best, social media is free publicity. Doubtlessly, that’s a primary attraction second only, perhaps, to the desire to appear modern and up-to-date technologically. But “free” doesn’t always mean “good.” There’s a tax to pay and certain dangers.

A Facebook account can serve as a magnificent canvas where you tell your story and humanize your business. However, be aware that it can also be a bathroom wall where malcontents spew their vitriol and scrawl unimaginable things. Like how terrible your customer service is because you won’t replace the three-year-old camera they dropped. Or how high your prices are compared to rip-off.com or Bandits-Are-Us.

If you can’t keep it fresh, forget about it; don’t even get started. An outdated Facebook account is far worse than none at all. So by all means, do take advantage of the excellent, low-cost platform that it provides for you to attract and retain customers. Just remember to feed it, or it may bite you in the . . .

Twitter: Everything You Publish Lasts Forever
A snake can shed its skin, but there’s no such camouflage for a Twitter account. The inside joke you Tweet today can be retweeted to someone who finds it offensive. The line at the welfare office is littered with alleged jokes posted by well-intentioned people who found them funny—at the time.

Or they hadn’t learned the first rule of social media: don’t drink and tweet. I have a friend who has been known to down a picnic cup full of Chardonnay or three in the early evening when answering his e-mail. I don’t know what he sends other people, and decency prevents me from sharing what he sends me. Refreshing your social media should always be a sober affair.

Twitter can brag about their stats, too: 316 million monthly active users; 500 million Tweets sent per day; 80% of active users are on mobile; 4,100 employees around the world in 35+ offices; 77% of all accounts are outside the U.S.

Instagram: An Automatic
Probably the least venomous form of social media is Instagram. And the potential is astronomical. Instagram launched in October 2010 and as of this writing is averaging 70 million photos per day. It is 30 million members strong and has enabled the sharing of more than 30 billion photos. Like Facebook and Twitter, a very high percentage of members are outside the U.S., in Instagram’s case, more than 70%. Our industry is all about images, so Instagram should be an automatic, no? I mean, come on!

YouTube: Wildly Popular
It’s so popular and widely used we’ll skim over it. Just be aware of the significance of these three facts. YouTube has more than one billion users. More than 300 hours of video are uploaded to YouTube every minute. Fully 50% of the views are on mobile devices. Keep videos short, compelling and don’t sit back waiting for last week’s effort to go viral. Odds are strongly against it.

How to Make Social Media Work for You
Appoint a zookeeper. It’s not necessary to hire a new person, but someone must own your social media, otherwise it’s likely to be neglected. If you don’t have anyone with digital marketing chops, consider a part-time student (college or high school) who is interested in photography and can keep your online presence fresh. Someone with web design and HTML training would be ideal.

Feed and water daily. And change the litter box. This duty falls to the zookeeper, of course, but keep your nose in the animal’s stall, too, so you’re always aware of the condition of your online presence. When the content begins to look familiar to you, it’s time to change it up.

Learn the language and dodge the haters, trolls and lurkers. Don’t become a nerd (unless that’s your natural tendency) but do learn the lingo so you can make the right decisions and fully comprehend the dynamics.

Pay attention to what others are doing. Watch your competition and businesses from other industries. Pick out one or two you admire and follow them. Don’t rip off their designs and ideas but learn about new approaches, new techniques and trending technology.

Keep an eye open for the latest technology but use extreme caution. Don’t jump to a new YouTube look-alike until you’re 100% sure its popularity is going to outlast the evening paper.

Never turn your back—it’s still a wild animal. Social media is powerful and indispensable but requires nurturing. Give it the time and attention it deserves and it will be a beneficial snake, not a vengeful viper.