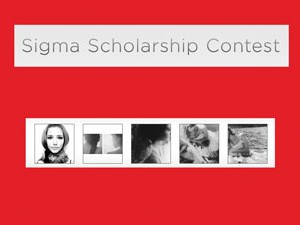 Ronkonkoma, NY—When Andrew Lu entered the Sigma Corporation of America Scholarship contest, he had two goals: To evoke emotion with his black-and-white imagery and to take home the grand prize. Sigma, a camera and lens manufacturer, announced that Lu successfully accomplished both of those objectives.

The Yorktown Heights, New York, native was named the winner of the second annual Sigma Corporation of America Scholarship Contest, for which he will receive a prize of $5,000 in cash and a $1,000 credit toward Sigma products of his choosing.

“I am extremely honored to be chosen as the winner of the Sigma Photography Scholarship Contest,” said Lu. “I want to thank everyone who has supported me throughout these few weeks. I would also thank my family and friends for believing in me the whole time. This is a great memory to cherish as I leave my high school years behind and start my new experiences in college.”

Lu has been accepted to School of Visual Arts, Rochester Institute of Technology, School of the Art Institute of Chicago, and Pratt Institute, and will he be pursuing a degree in commercial and fashion photography.

“The judges were moved by Andrew’s ability to convey truth and vulnerability in his black-and-white photographs, and we felt his goals were successfully articulated in his essay. We look forward to following his photography career,” said Mark Amir-Hamzeh, president of Sigma Corporation of America. “Our decision was very difficult and we want to thank the talented young men and women who entered the contest, as well as the tens of thousands of people who voted to help us identify the five finalists. We’re honored to support young photographers and provide this opportunity to high school seniors each year.”

The contest, which started in November 2010, required applicants to submit three to five thematically tied photos and an essay describing their creative process. Online public voting took place between March 1, 2011 and April 1, 2011, and Lu earned 2,469 votes to qualify as one of the five finalists. Sigma Corporation of America executives then reviewed the five finalists’ work to determine who the winner would be.

To view all of this year’s scholarship submissions, visit http://scholarship.sigmaphoto.com/view-submissions.asp. For information on Sigma Corporation of America and its lenses, cameras and flashes, visit sigmaphoto.com. 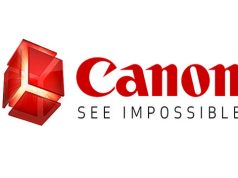