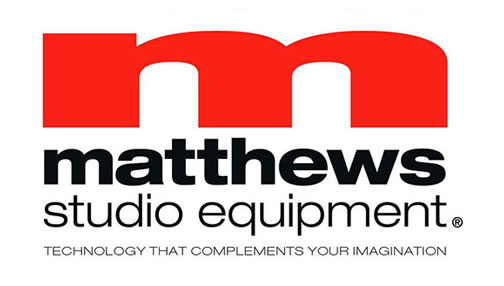 Burbank, CA—Robert Kulesh, vice president of Sales for Matthews Studio Equipment (MSE), recently traveled to Washington, DC, to receive the company’s second Presidential Award for Export Services. This year, MSE was honored with the “E” Star Award, which recognizes companies that have reported four years of additional export growth since their “E” Award.

MSE supplies the international motion picture and television production industries with industry-specific hardware, lighting control devices, lighting and camera supports, as well as transport equipment. The 46-year-old manufacturing company is located in Burbank, California, where all of their equipment is designed and manufactured. MSE employees 90+ people to service national and international markets. It exports directly to more than 100 countries and through distribution channels in 25 to 30 additional countries.

This year, U.S. Secretary of Commerce Penny Pritzker recognized 123 U.S. companies and organization that export goods and services overseas. “These companies demonstrate the opportunity inherent in selling Made-in-America products to the broad customer base that exists outside our borders,” said Pritzker. “Their success contributes to growth, job creation, competiveness and the success of American economy.

“Every awardee in this room and the 300,000 U.S. businesses that export understand that 96% of the world’s customers live beyond our borders,” Pritzker continued. “Today there are 570 million middle-class consumers living in the Asian Pacific region; by 2030 that number is expected to reach 3.2 billion. No smart business would ignore that much opportunity. These markets are critical to your ability to continue to create jobs. Every day, 11.5 million people wake up in America and go to jobs supported by exports.”

“Export sales are key to the growth of Matthews,” added Kulesh. “Together, these two awards recognize MSE’s continued export growth over the past 10 years. For all of MSE, this represents the combined dedication and success of the company’s employees and their efforts to help make Matthews grow. For, as Matthews grows, so do export sales.”

Matthews works closely with the U.S. Commercial Services both domestically and internationally as well as the International Trade Administration offices in locating and qualifying potential clients. It also participates in multiple international trade expositions.

“I would advise and encourage almost any manufacturing company in the USA to seriously consider exports,” Kulesh adds. “If you have a successful product here at home, chances are there are markets throughout the world where you would also enjoy success.”

The award is the highest recognition any U.S. entity can receive for making a significant contribution to the expansion of U.S. exports. In 1961, President Kennedy signed an executive order reviving the World War II “E” symbol of excellence to honor America’s exporters. This year, for the first time in the 54-year history of the award, winners represented every stage and the District of Columbia. Of note, 105 of the companies honored are small and medium-size businesses, and 64 firms were manufacturers. msegrip.com