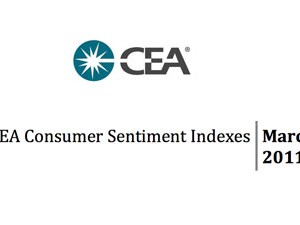 “Many retailers are still waiting for new product lines to be released, which is happening a few weeks later than it did last spring,” said Shawn DuBravac, CEA’s chief economist. “While several new and innovative products hit store shelves this month, the full breadth of new model resets has yet to happen.”

According to the report, consumer confidence in the overall economy was down sharply in March after a historic month globally. The CEA Index of Consumer Expectations (ICE), which measures consumer confidence about the broader economy, fell more than 10 points to 161.4. The ICE is down for the second straight month and is slightly lower than this time last year.

“Increasing geopolitical concerns around the globe and weak results for the housing market domestically, coupled with the tragedy in Japan, have kept consumers on edge,” said DuBravac. “Consumers are still adjusting to higher gas prices, for example, which affect spending on the remaining categories, including tech.”

The CEA Indexes comprise the ICE and ICTE, both of which are updated on a monthly basis through consumer surveys. New data is released on the fourth Tuesday of each month. CEA has been tracking index data since January 2007. To find current and past indexes, charts, methodology and future release dates, log on to CEAindexes.org. 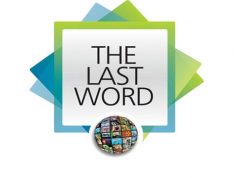